But the mix of romance with adventure coupled with future syfy, mind blowing. This book is what guides my very standards for all other reading material to this very day.

Looking back, this book set the standard for every book I've read from fairy tales to quantum mechanics. I originally read Stud first, not realizing its the 8th book in the series. I really enjoyed it and wanted to read more so I looked into it and started re reading it from the beginning.

Jack can be a bit overwhelming at times, but she has a good heart and is extremely loyal. On a quest across space to find her sister who was kidnapped from earth, she realizes she needs to pose as a slave in order to get onto a planet run by men. This is where Cat comes in, after his planet was blown up and most of his people with it, he was taken prisoner due to his fighter ship being captured.

His crew was supposed to be killed but instead they were sold into slavery and he ends up being sold to Jack. Realizing she can't trust him to play master, she releases him and is prepared to walk away only to discover that her actions put him in her debt. 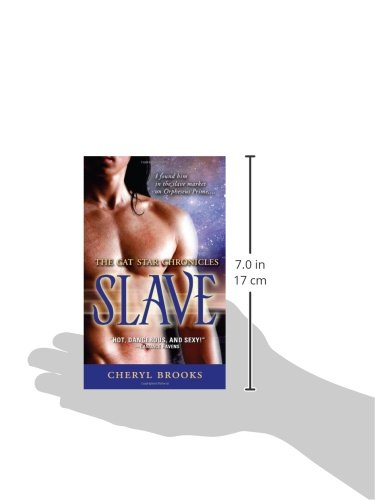 I wont ruin the rest but I can say this series is unique and hearing about all the different types of aliens is interesting. Some people find her repetition annoying as a reader, but it is because the species play important parts in future books and it is easy to forget their names and characteristics of each species unless its mentioned a lot early on. This series can be a little hard to get into at first, but is filled with little details and tons of fun characters along the way.

Some explanations of "old Earth" phrases and people became annoying as they were repeated over and over. Regardless, I finished it for the storyline itself which was amusing and I would definitely recommend this book to anyone looking for a sci-fi romance that is light and humorous. One person found this helpful. I really enjoyed the book over all, I found it a bit short, considering how much story potential there really was. I did find that I really enjoyed "Cat's" character very much, but would have liked his character to develop a lot more than it had.

I also enjoyed the fun plot twists here and there, it's not a very serious story, so if you take it as a light read then you won't be disappointed. Perhaps it lets the story have a broader reader base? To conclude TL-DR The story was good but could have been better; it was a quick read with fun characters that should have been developed more. It was a bit repetitous at times but it was bearable.

Then things went a little wonky for me I repeat 'for me'. I would still recommend as a nice read I speak for this part of the series only.

Published 1 year ago. Amazon Giveaway allows you to run promotional giveaways in order to create buzz, reward your audience, and attract new followers and customers. Learn more about Amazon Giveaway. Jacinth is an intergalactic trader on a rescue mission and she needs a man she can trust with her life.

She has spent years pursuing her kidnapped sister from planet to planet. Now her quest leads her to a place where all the women are slaves.


Enmeshed in a tangle of deception, lust, and love, they must elude a race of violent killers and together forge a bond stronger than any chains. Even for a Zetithian, Tarq Zulveidinoe's sexual prowess is legendary. Believing it's all he's good for, Tarq sets out to perpetuate his threatened species by offering his services to women across the galaxy Lucinda Force is the sensitive dark horse in a self-absorbed family, repeatedly told that no man will ever want such a plain woman.

As they are led into a dangerous underworld, Onca offers to join her crusade to liberate her friends, and Kim cannot refuse him The last thing Drusilla expected to find on vacation was a gorgeous man hiding in the jungle. But what is he running from? And why does she feel so mesmerized that she'll stop at nothing to be near him? Zetithian warrior Manx, a member of a race hunted to near extinction because of their sexual powers, has done all he can to avoid extermination.