This works for me because the characters aren't individuals who need much time to flesh out.

The reason is because, instead of archetypes, they're really just regular people. Fflar is, explicitly, a guy. Maybe better with a sword than most but there is absolutely nothing remarkable about him in his time other than he managed to stab a Demon at the right time before dying.

After being dead for years, he's interested in finding what happened to his family. What gets to him isn't that the Daemonfae or other evils have destroyed his civilization, it's the fact that his wife remarried after he died with his son raised by someone else. Best of all, after he manages to cope with these changes, he decides that he really wants a woman to cope with it. Fflar is a hilariously "every elf" in almost all respects. Araevin is a character that I also know very well because he's pretty much Raistlin Majere and every other guy who puts his ambitions before love. I believe that he did love Seiveril and she was the most important thing in his life but that he also took her for granted and we saw the results of that.


Unlike Raistlin, Araevin isn't sickly or bitter but he's also too smart for his own good and ambitious. Now that Araevin has magic, he really has nothing because it's not going to give him anything more to live for or comfort. His ending is a tragic one of loneliness and desolation because he's never going to find companionship that he could have shared as a "mere mortal.

Ilsevele rounds out our "normal trilogy" with a strong woman. What seperates Ilsev from your typical kick butt warrior woman? She moves on from Araevin after he neglects her for a bit and doesn't look back. Is she understanding about Araevin pretty much saving tens of thousands of elves and does she give him a chance to win her back after he wins the war? She acknowledges he's not human, he's been ignoring her, and there's people who won't. None of the "fantasy gratitude" of many heroines exist here.

What's most important to people is their personal relationships rather than grandiose things. Likewise, the amusing thing about the Crusade is the fact that in years it's almost certain that everyone involved will be lionized to the point of godhood just like Fflar.

That includes Ilsevele's father whom is probably the only one who genuinely concerned himself with "legendary" deeds and he only did that because he was without a wife, had a daughter, and was an old man. That's how real people react, the vast majority of true idealists are very young or middle aged with little to lose. It's a much better contrast that he's the only one genuinely thinking what all player characters think.

This is not a bad thing by any stretch of the imagination. If the Order of the Aster isn't too detailed or we don't learn as much about certain smartass Thieves as we should then that's just how life goes to be honest. There's a great deal of detail packed in here and plenty of fun adventures that I would be loathe to sacrifice any of.

Even for the usual naval gazing that a lot of people mistake for a necessary part of a book. I was surprised by the Fey'ri Queen Sarya's death. I had fully expected her to escape with the utter destruction of the Hosts of the Daemonfae.

The fact she's destroyed removes one of the Realms more fabulous villains but she was growing a little tiresome with her profound arrogance and gross stupidity in certain areas. It was more satisfying to see her destroyed but I'll figure some way to ressurect her in my games. I like the less numerous Daemonfae anyway. I hated when Fzoul allied with Demons, just like I hated his pact with Orgauth, but that's primarilly because I have difficulty imagining any sane person allying with demons.

Nevertheless, I'm pleased to see his conquest of Hillsafar even if I would have liked to have seen Fzoul be a little less blatant about his plundering. Then again, worse terms have been instituted by many real life successful monarchs. Good to see the Zhents continue to grow and prosper. Karzak Learned Scribe Posts. The book could have been a Seven Book Trilogy How exactly would one call a series of seven books "a trilogy"? I never felt that this trilogy adequately showed how the protagonists specifically Araevin "paid the price" for their actions, or even made sacrifices. Araevin didn't lose Ilsevele, they were both drifting apart from each other to begin with.

Neither of them seemed overly upset about eventually breaking up. If Araevin truly did make a tremendous sacrifice, he didn't suffer for it much in the books! It was exactly what was needed for the plot, and he didn't get much more than a "tsk-tsking" from the other elven High Mages for it. Perchance we live to dream. From that perspective, the sea of troubles we navigate in the workaday world might be the price we pay for admission to another night in the world of dreams. Edited by - Rinonalyrna Fathomlin on 07 Nov Originally posted by Karzak quote: Except for small parts, I loathed Mostly Harmless , and thus refuse to include it in the series.

So far as I'm concerned, it ended with the fourth book. Well, what were they to do? He was a High Mage, he was the only one who could, by himself, reweave mythals. It was kind of a, "Oh crap, well, at least he's on our side," kind of deals. They clearly didn't make him feel accepted, as he basically took the route of censure afterwards. I agree with Charles. This book reads like a campaign, and I think that's what made me feel so good about the whole trilogy.

Maresa and the Order of Aster guys are like you typical DM saying, "oh crap, I need healing and someone that can get my players through traps.

Oh well, my two cents. I could go on, but everyone has their own opinions. Still rockin' the Fey'ri style. Originally posted by CrennenFaerieBane Well, what were they to do? My point is I didn't get the impression that anything really bad happened to Araevin as a result of his choice, which made the tension about that plot point "Araevin is no longer an elf, he has gained too much power too fast!

The Last Mythal, 4. And the only hope the elves have of defeating the vile daemonfey hordes is to once again retu "All-in-all, this is perhaps the best-written Realms novel yet. To see what your friends thought of this book, please sign up. Lists with This Book. This book is not yet featured on Listopia.

Really enjoyed this trilogy. Well written, and Epic in scope. It covers quite a bit of history related to the elven Mythal wars, as well as surrounding powers such as Sembia, the Dales, and the Zhentarim. Excellent fantasy series This was a great trilogy. I recommend this series to anyone who enjoys a great adventure story.


Richard Baker totally delivered in this. I wish there were more follow up books with these characters and their next adventures. Jul 11, Terence rated it liked it Shelves: For the time your reading these books, it's fun and mindless and a good way to whileaway your next plane ride. I hope Baker branches out from the role-playing novel genre because I think he has some real talent -- maybe not first rate but certainly good.

Chad rated it it was amazing Nov 17, Tom rated it really liked it Feb 26, The characters are bland and have almost no personalities. From Wikipedia, the free encyclopedia. This article needs additional citations for verification. Please help improve this article by adding citations to reliable sources. Unsourced material may be challenged and removed.

January Learn how and when to remove this template message. Dragonlance Forgotten Realms Greyhawk Ravenloft. 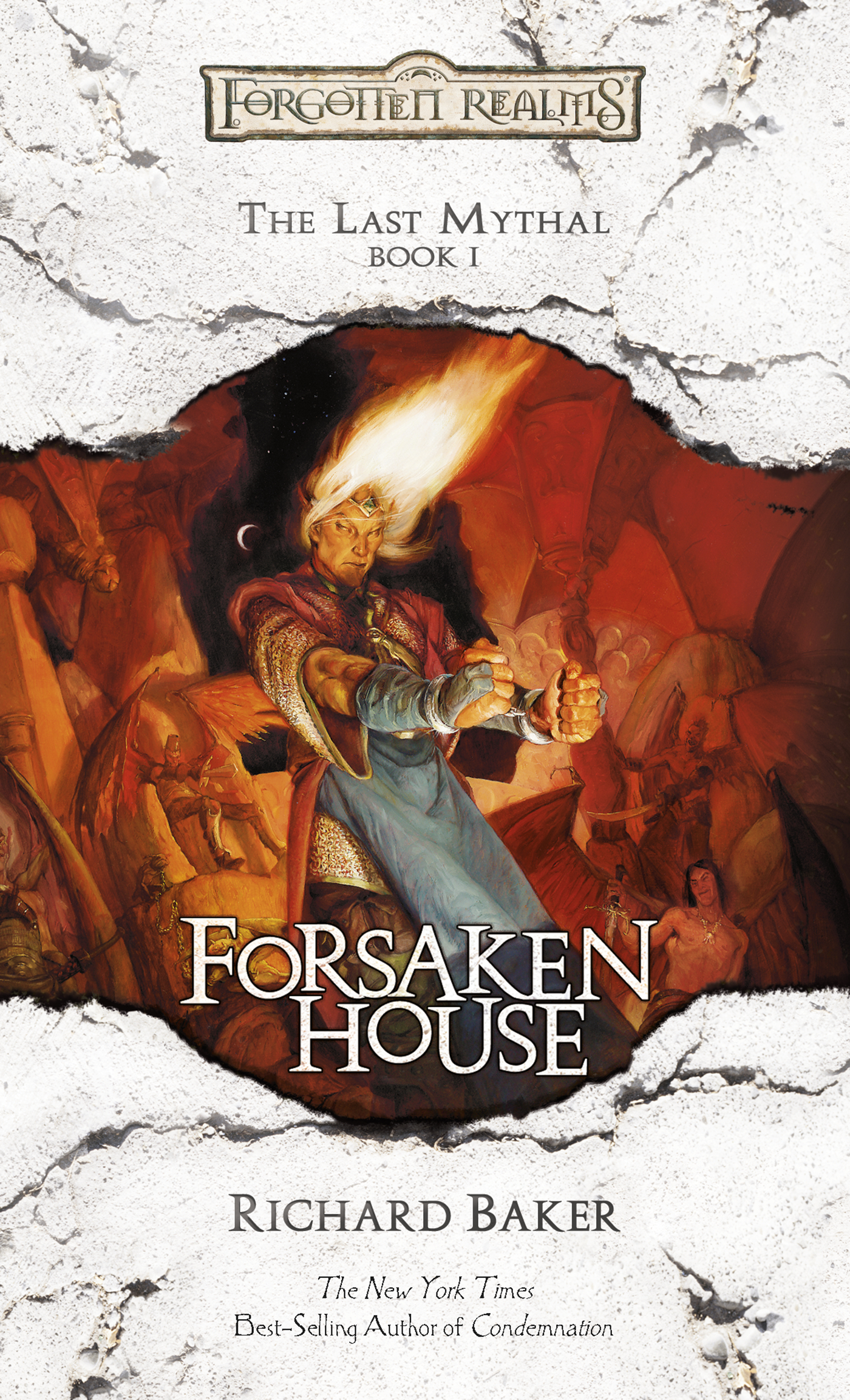